The Belly Of The Beast


So sorry for leaving you all in suspense while poor Fletcher's life hung in the balance!

My friends will be pleased to note that after much begging and pleading (also with a little help from Mummy who wrestled The Monster to the floor and ripped off his entire tummy to retrieve Fletcher from his lint-covered prison), Fletcher is safe!

He was in relatively good spirits after his ordeal, bouncing around and saying he would know what to do about it if that Great Oaf Monster ever tried any funny business like that again. Fletcher, er, did need a bit of a bath, and Mummy thought it judicious to simply wash him with the towels - he came out sparkling white and smelling like flowers!

Now, to keep him from tearing into The Monster, I keep Fletcher as far away as possible when Mummy is walking the fell beast.

Thanks ever so for all the support and encouragement - it is an ordeal Fletcher will not soon forget!
Posted by gussiegrey at 11:20 AM No comments:

Everyone come quickly - poor Fletcher Mouse has been eaten by The Monster From Beneath The Stairs!

The worst part is that you can still see him in The Monster's tummy, all wrapped up in dust bunnies (it is pretty gruesome so be prepared...). Mummy was taking The Monster for a walk through the kitchen when suddenly things got out of hand (Mummy's), and Fletcher, who was minding his own business inspecting the underside of the cabinet, was sucked up with the various floor fauna. (I suspect Mummy was trying to hold the creature with only one hand, a major no-no with Monsters, but I don't like to say it is her fault).

What on earth am I going to do?
Who will save Fletcher??

And, half a second...Hey! The Monster ate my silver twisty-tie thing, too! 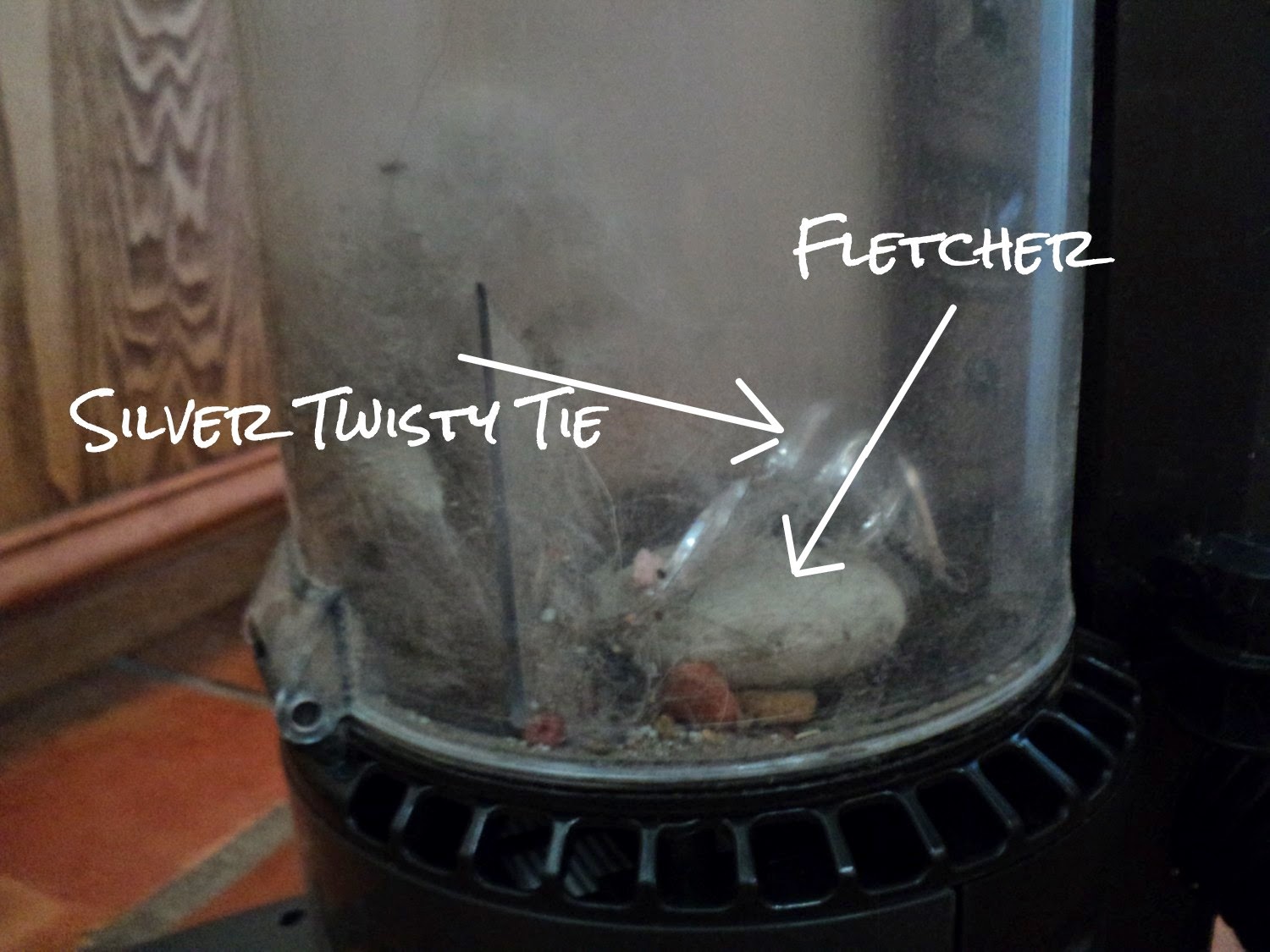 Posted by gussiegrey at 7:08 AM No comments: