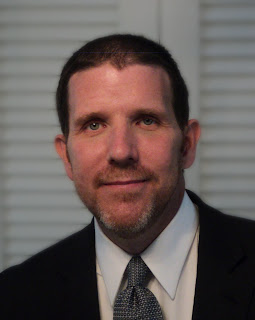 My precious Dad passed away just four weeks ago. We kitties and Mummy have been so very sad, and though we hardly feel like doing anything (writing in my diary, for instance), Mummy says we mustn’t neglect our friends who have been so kind and thoughtful during this time of grief. To that end, I want to thank you all for the loveliest thoughts and prayers that have gone up for us. They have meant so much and, Mummy says, have helped us keep our sanity.
[I am certain she meant “us” in the singular. I am perfectly sane.]

Mummy also says that I am now Man Of The House.

Fat lot of good it did to tell her though. Mummy says since I am the oldest fellow, I must now look after everyone and keep them in line - without an instruction book. So I am trying to take on the role with dignity, authority and what-do-you-call-it and will be chronicling my charge, in case anyone is interested.

Did somebody snicker? I thought I heard something…

We have looked all over the house for Dad, wondering if he got locked in the upstairs bedroom or perhaps even outside again. Together, we kitties have scoured every nook and cranny in hopes of a discovery. Wouldn’t it be swell if I opened a kitchen cabinet and located Dad in the back corner, lost but none the worse for wear? Wouldn’t Mummy be so happy and proud of me?

Yesterday Mummy was cleaning in the bedroom and opened one of Dad’s armoire drawers. We kitties all gathered round immediately, peering in and sniffing deeply as the air suddenly reminded us of Dad. I was certain he was in that drawer somewhere (after all, Mummy did shut me in there once) so I began snatching and digging at his shirts. I mean to say, if she can get him in that little black box, she can definitely squeeze Dad into a drawer! But no matter how many shirts I upturned, Dad was nowhere to be found. I was disappointed. Mummy straightened everything then closed the drawer.
Still, I do not forget lightly and have every intention of checking back there again, very soon.

Our hermit habits have changed somewhat since Dad left us. Every time a man enters the house now, so far from running and hiding in various locales, we are all over the poor fellow just in case it is Dad [albeit wearing different clothes and after shave]. So far they have all been duds (instead if Dad) but we figure it can’t hurt to give them a toothy kiss and smell their shoes and even sit in their laps while we are already there. And it has been a rousing success in terms of getting unsolicited noggin scratchings and tummy rubs and back massages. If only we had discovered this sooner, we might have been able to enjoy the simple pleasures of company instead of fearing them. It is sad that Dad had to leave us before we would figure it out. We should have listened to him, says Mummy.

Speaking of Mummy, my first order of business in my new role as Head Of The House has been to make sure she stays on schedule with sink drinks and meals and litter box changes and noggin rubbings and the like. So far, she has done pretty well, though I have had to remind her a bit loudly (she loses focus a bit these days).
All in all, I would say she is coming right along. Only this morning she gave me a drink AND scratched my ears on the way to the shower without me having to grab her arm with my oversized paw.
She mumbled something about needing to trim a certain party’s claws.
Whose claws, I wonder?

I will be back as soon as possible with updates on my new career.
Thank you again for being such loving, thoughtful friends. Who could ask for anything more?

Except for our Dad to come back to us, I mean.
Posted by gussiegrey at 1:09 PM